Online personalization can manifest through the display of influencers, or “personality types”, that either reflect the shopper’s own personality/ body – or their aspired identity. Years ago, Nike Women utilized 4 types of women – the Yogi, the Runner etc. – to illustrate which apparel products would most likely appeal to different women. We have been using this example for 15 years, as a clever and simple way to create advocacy in ecommerce.

Nordstrom’s Anniversary Sale – an online event to be reckoned with – is utilizing a similar strategy, and it is done beautifully, integrating content, influencers, video, VIP accress and whatnot. 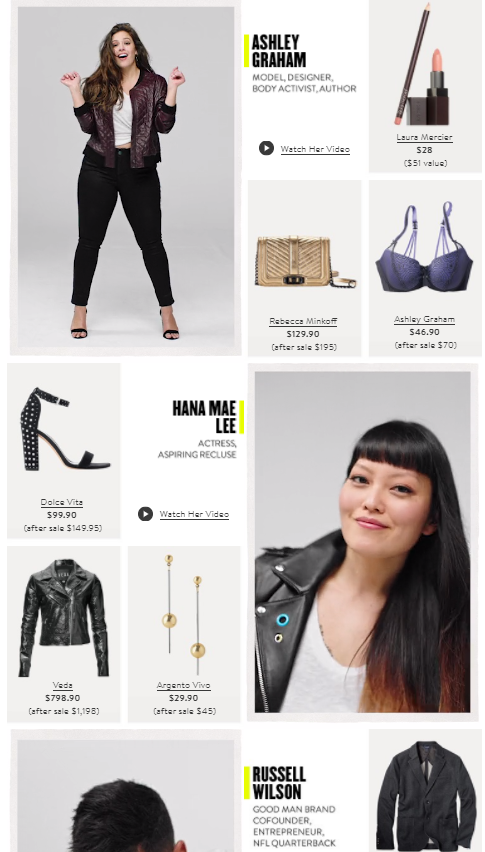