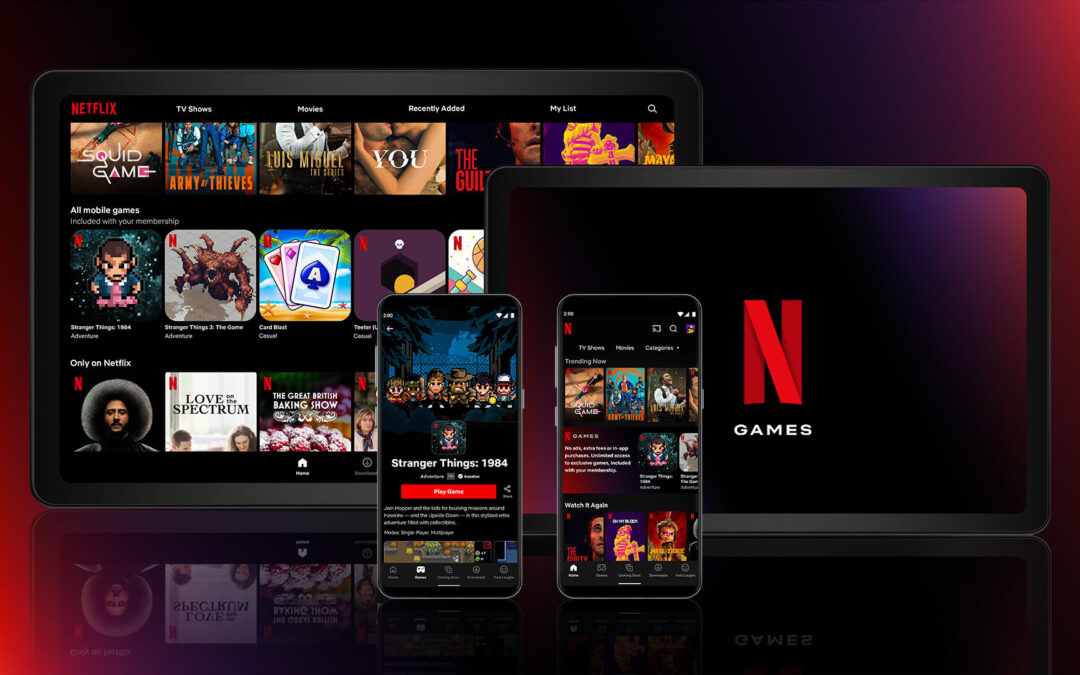 Join us as we continue to follow up on our 2022 Gen-Z report, this time diving straight into the Metaverse, gaming and fashion applications (and implications).

How the Metaverse is affecting tech giants’ strategy // Dylan Chung

MICROSOFT: Gaming, blockchain, NFTs
On January 18th, Microsoft announced its acquisition of Activision Blizzard, a video game publisher/company. Satya Nadella, President and CEO of Microsoft is quoted as saying “Games are the most dynamic and exciting entertainment genre on any platform today and will play an important role in the development of Metaverse platforms”. By acquiring Activision Blizzard, Microsoft is putting a heavy emphasis on gaming—a large bet on the Metaverse. In order to create a fully immersive Metaverse, Microsoft will allow users to create their own digital identity and persona (digital avatars with NFTs). 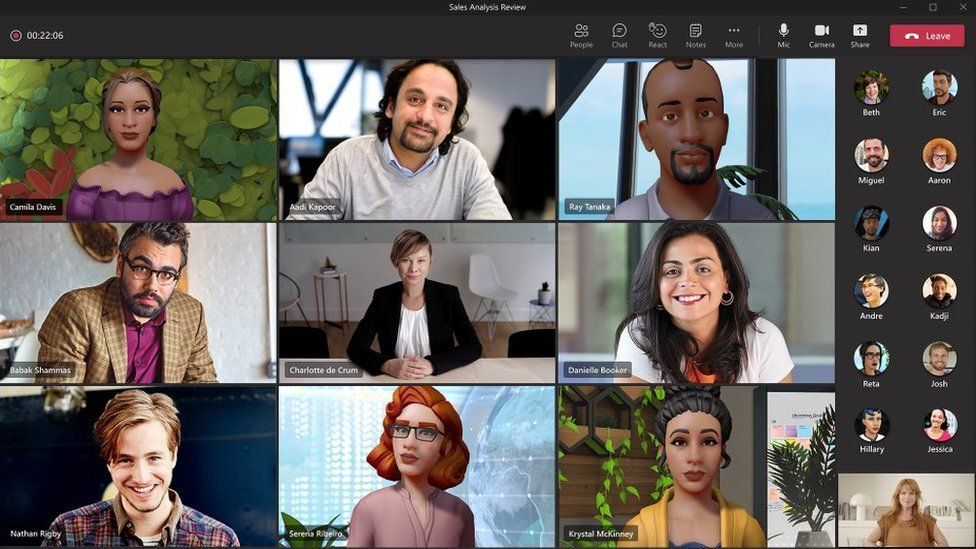 META: Gaming and VR
After announcing their name change to Meta, Facebook has undoubtedly positioned itself for the metaverse. On September 27th, 2021, Facebook announced its commitment to the Metaverse, pledging a two-year $50 million investment in programs and external research labeled the XR Programs and Research Fund. Meta released Horizon Worlds, a virtual reality sandbox game and early attempt at creating the Metaverse, on December 9, 2021. 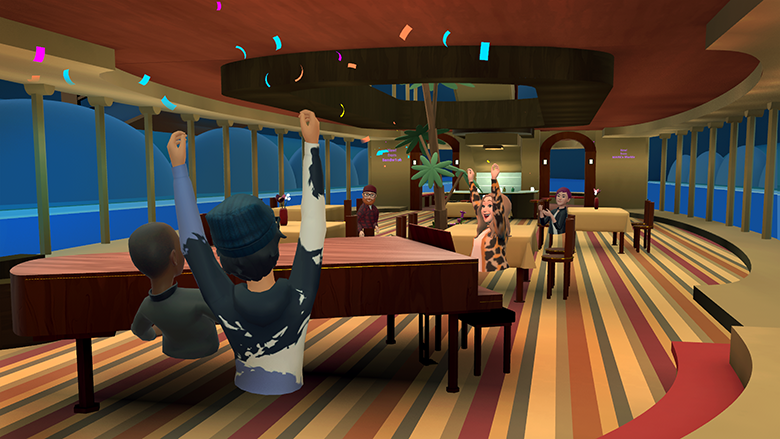 APPLE: AR
Although it appears like Apple executives have made a concerted effort to not directly mention the term “Metaverse”, it is clear that digital integration is key to their plans for the future. On Thursday, January 27th, CEO Tim Cook announced Apple’s further commitment to AR (augmented reality), stating “We see a lot of potential in this space and are investing accordingly”. There are rumors speculating that Apple has plans to introduce both an AR headset and glasses in the near future. 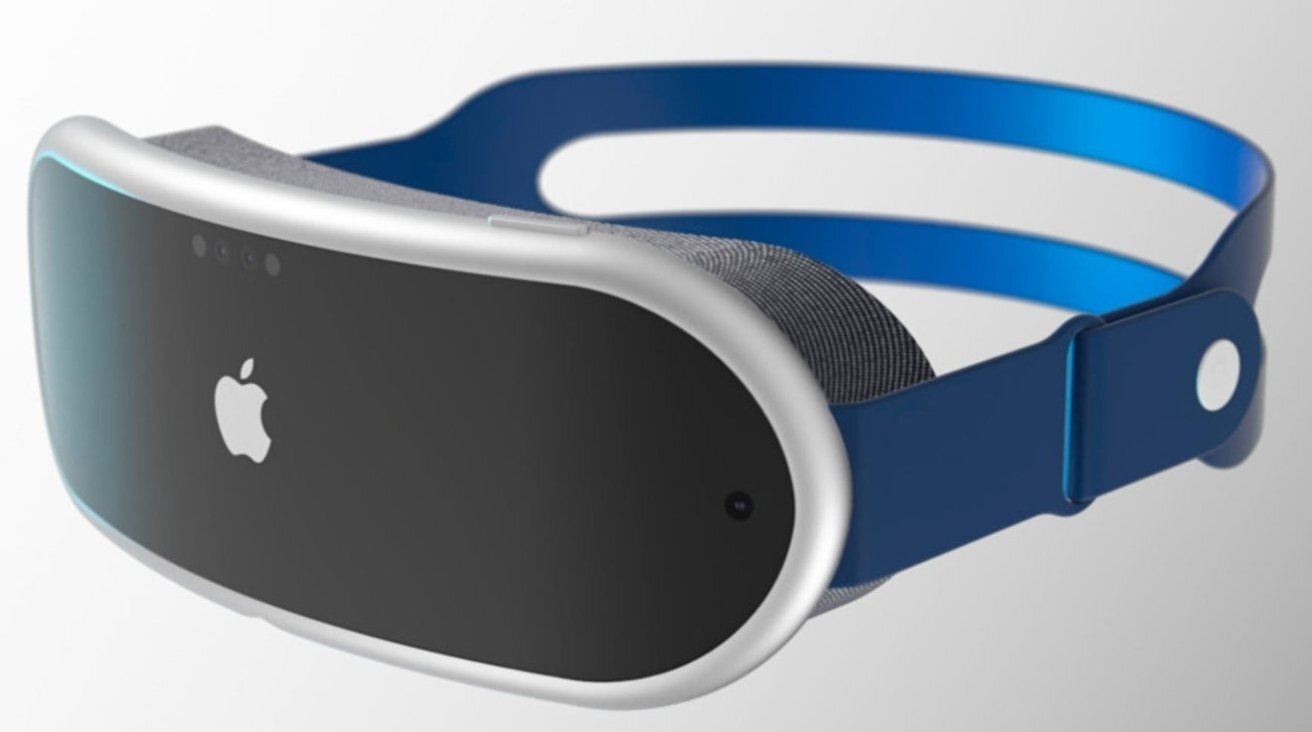 NETFLIX: Gaming/VR?
Netflix, similar to Apple, has not made a direct commitment to the Metaverse. However, Netflix has acquired several video-game developers. Why is this important? Netflix looks to be making that shift towards the gaming industry in an attempt to stake its claim in the Metaverse. Furthermore, Netflix has hired Mike Verdu, a former Meta (FB) Oculus executive, to fill the role as vice president of game development. Their recent acquisitions and high-profile hirings indicate Netflix’s under-the-radar move to the Metaverse. 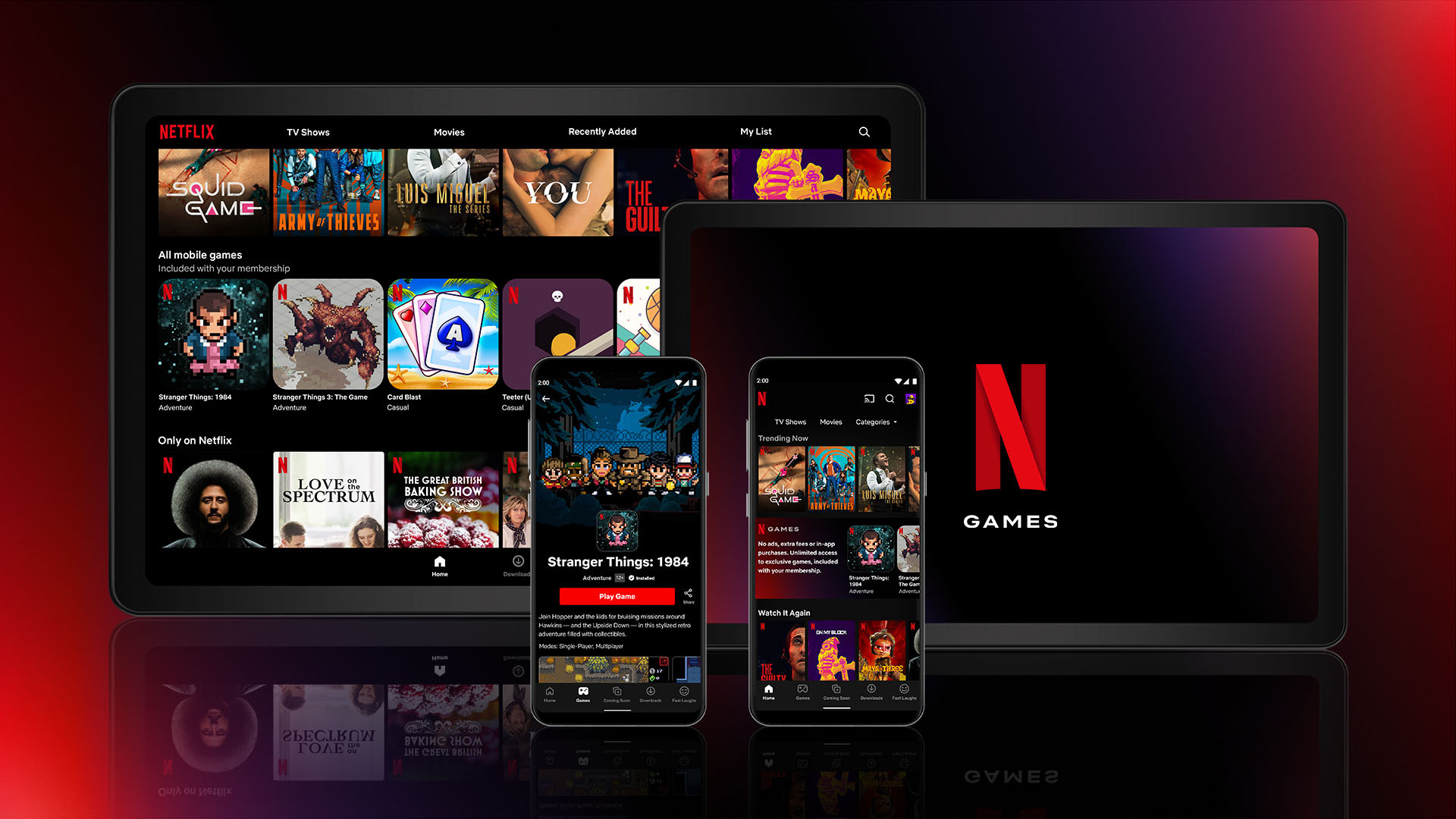 As there is a heavy shift towards the metaverse and digital identity, the fashion industry is ever-changing and adapting to the new digital norms.

WHY IS DIGITAL FASHION IMPORTANT?

This new way of shopping and wearing clothes allows consumers to constantly change outfits without having to keep purchasing physical clothing.
Digital clothing also removes the limitations of the physical world and allows designers to create items that may not be practical in real life—such as a dress on fire or a shirt that has bubbles floating around it. 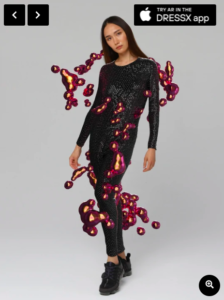 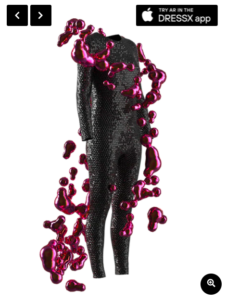 As we move towards a more digital world with the metaverse, “metafashion” is something that we may continue to see more often, especially on social media.
Many companies, such as DressX, are virtually dressing people for them to be able to post online.
→ In this process, a consumer may purchase a virtual clothing item, submit a picture of themself posing how they would like while wearing tight, form-fitting clothing, and they will receive the edited, clothed picture back of them wearing the item bought. 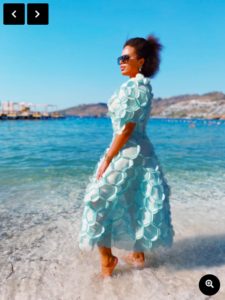 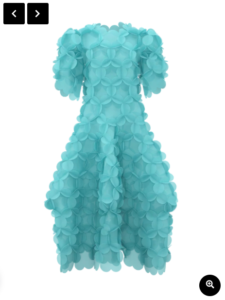 THE SUSTAINABILITY TREND AND DIGITAL FASHION

When looking at the impact of metafashion, sustainability is a very important factor to consider. With the fast fashion culture, many people purchase items that are trending at the time and only end up wearing them once or twice to post on social media.
Because virtual clothing requires no actual production, consumers can purchase any amount of clothing without having to worry about overconsumption and usage of materials.
DressX claims that their production of a digital garment emits 97% less of CO2 than the production of a physical garment and, on average, saves 3,300 liters of water per item.

In the current age, claiming social status is commonly done through “showing off” big, expensive purchases, such as a rare pair of designer sneakers or an iconic piece of jewelry.
By owning high-end digital collectibles or posting pictures wearing expensive virtual clothing, consumers are able to reiterate their social status and continue holding power in the digital space.

SPLURGING — WHAT ARE THE HIGH-END POWERHOUSES CREATING?

High-fashion brand Balenciaga collaborated with Fortnite to release a collection of digital outfits, accessories and emotes for players to purchase for their in-game avatars.
Similarly, Gucci just launched their NFT collection, SUPERGUCCI, in collaboration with SUPERPLASTIC, a brand specializing in limited-edition designer toys, apparel, and digital collectibles. 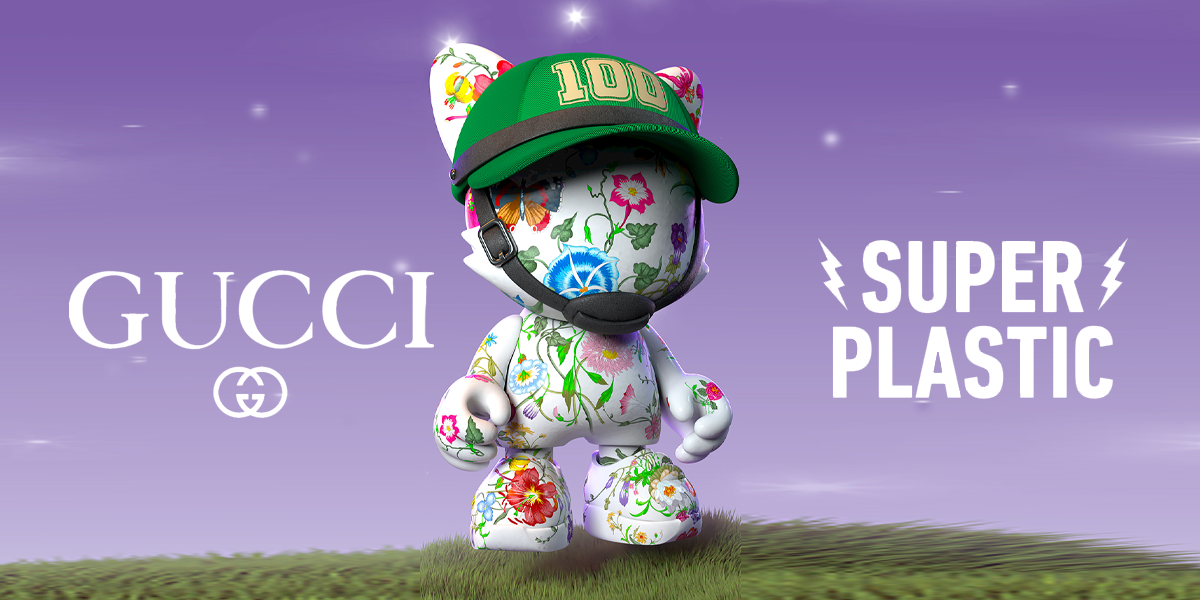 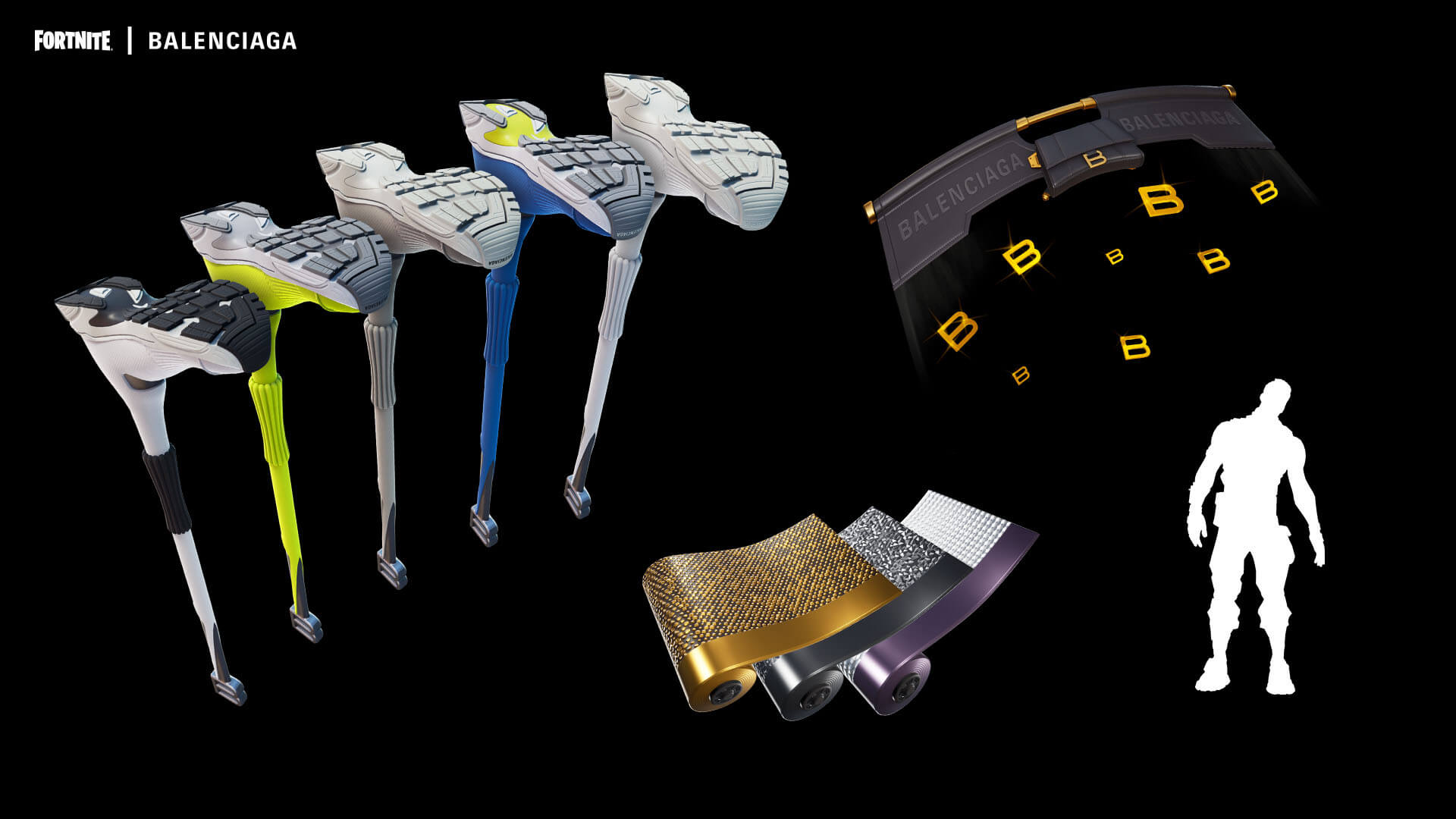 KEY POINT TO CONSIDER: Moving forward, our society will continue to see more and more people expressing their identity in the digital world through virtual fashion and high-status collectibles—with the important considerations of sustainability, post-covid lifestyle, and “flex” culture.