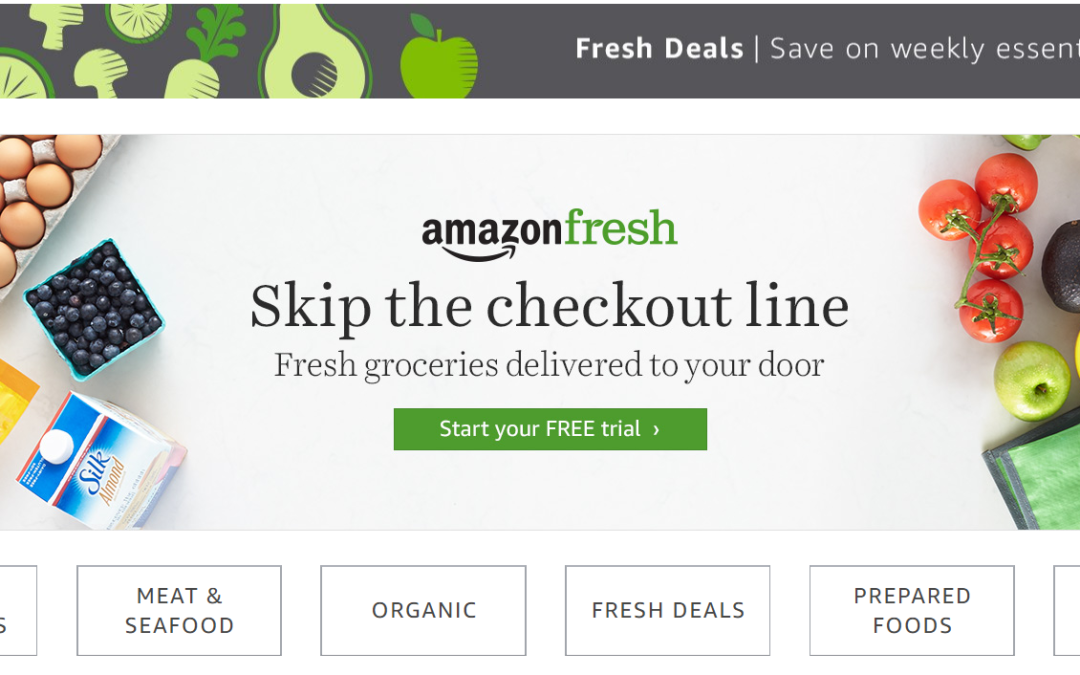 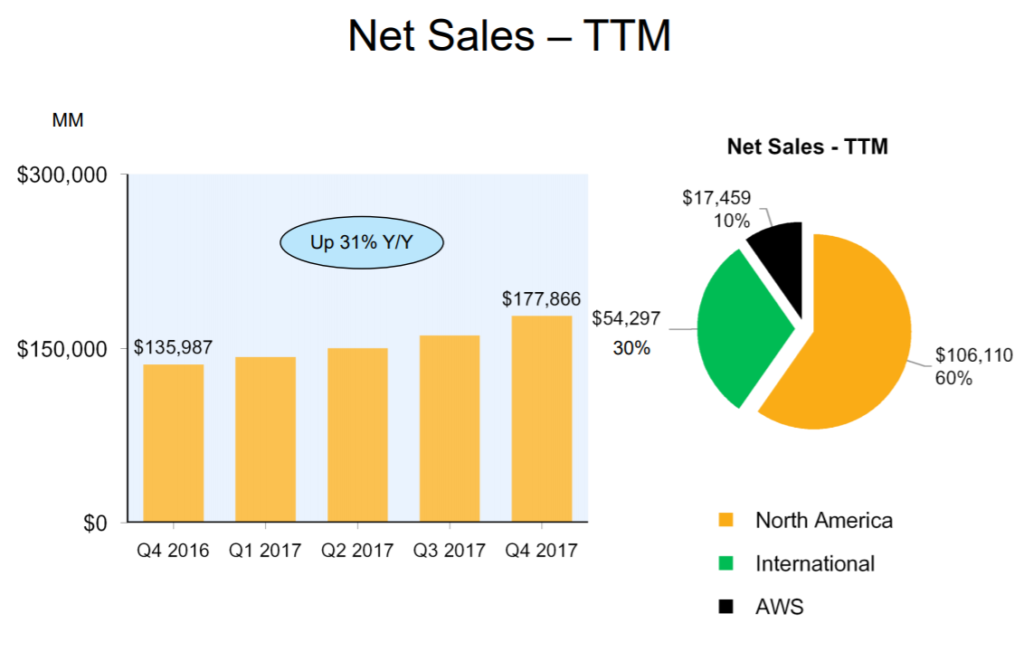 The company attributed higher margins to a high sales volume as well as better operational efficiency, especially in North America. The company added over 30% to its fulfillment square footage in 2017. The company will continue to build the logistics capability, all the way to the home, and finding out “where the shipment is going”. 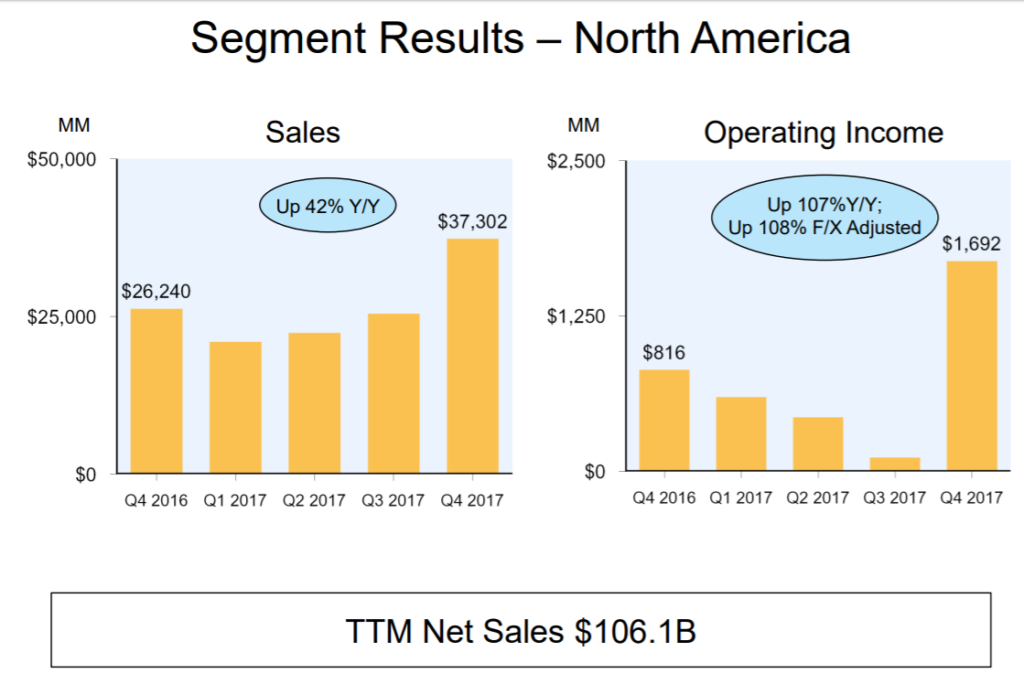 Growth drivers discussed in the Q4 2017 Webcast and press release include: 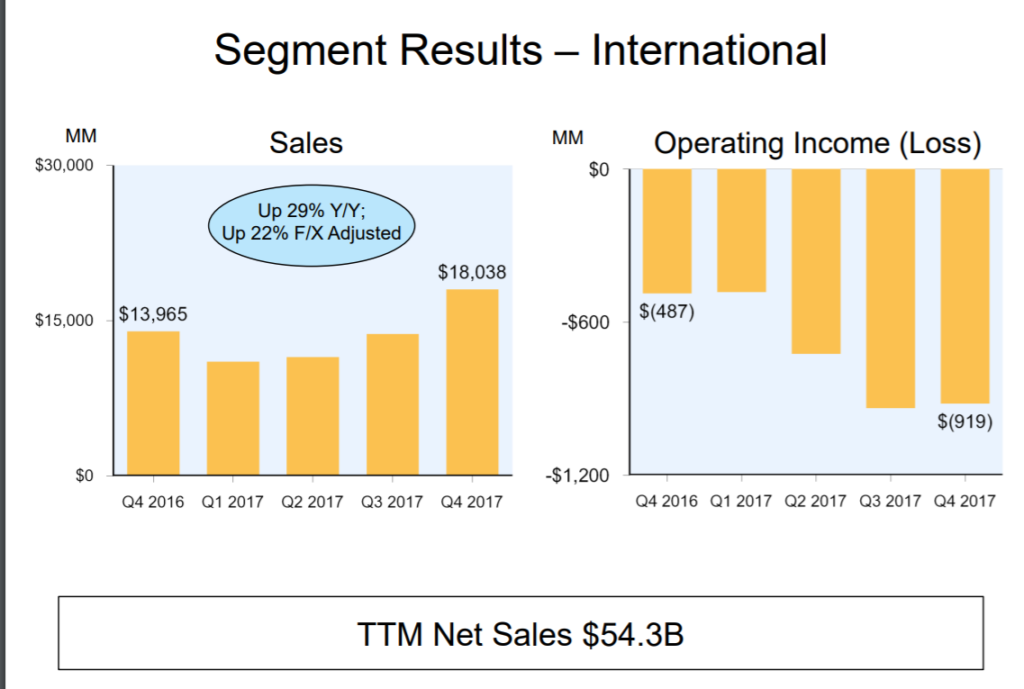 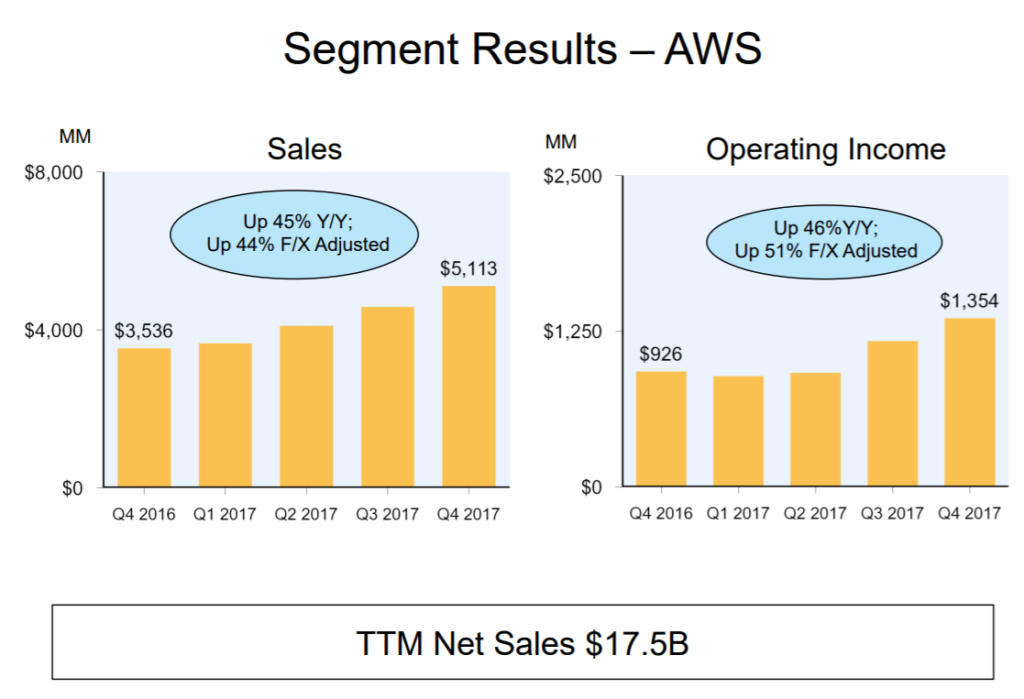