Food Waste is a Big Problem: Here’s Why 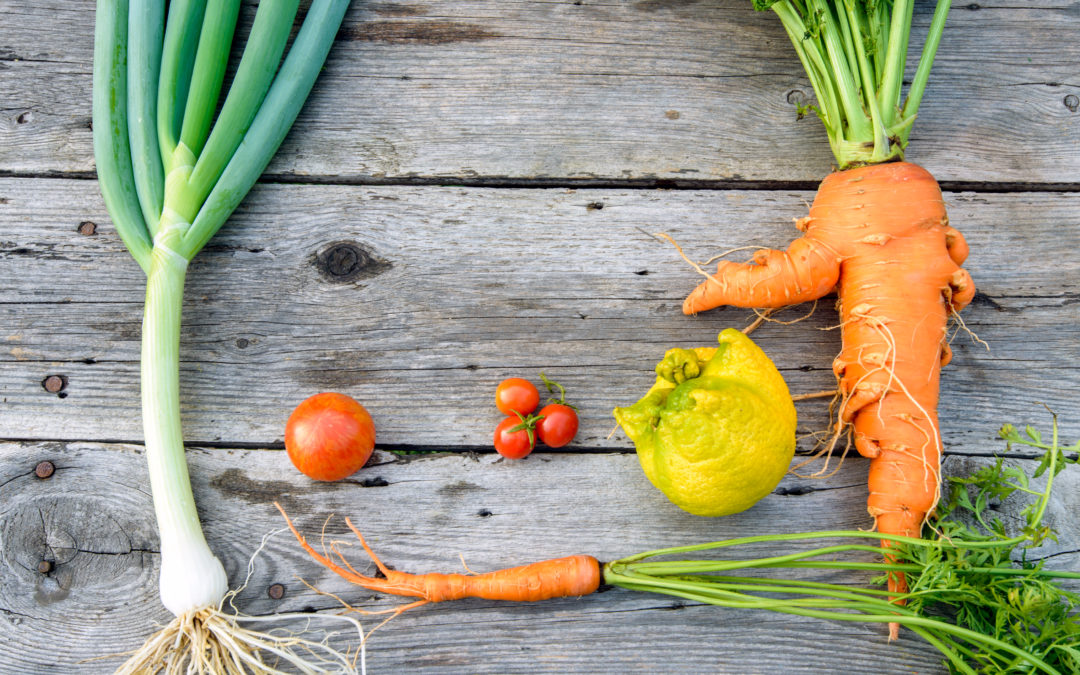 As the demand for food production grows alongside the world population, the issue of food waste is garnering increased attention.

In this ongoing series, Schieber Research will focus in on companies and organizations that are creating impactful change on the issue of food waste – including grocers, food manufacturers, restaurants and consumers – and look at industry innovations that are aiding them in their efforts. Here’s our introduction to the subject.

And it’s no wonder – food loss and waste, or FLW, can be incredibly costly. The UN’s Food and Agriculture Organization (FAO) estimates that one-third of all food produced in the world is lost or wasted each year, at a cost of approximately $990 billion USD globally. (Source: FAO, 2017) 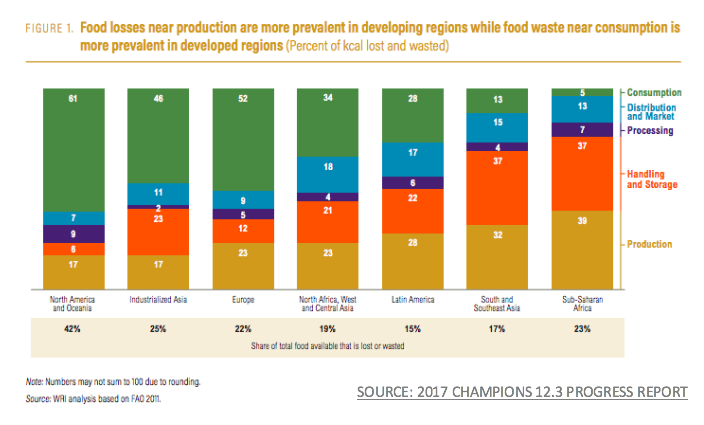 Beyond the financial costs, there is a societal cost to consider as well, because this waste is occurring at a time when world hunger is on the rise – 11% percent of the world population, or 815 million people, are undernourished, according to the FAO. And with the world population expected to reach close to 10 billion by 2050, the demands on our global food production infrastructure will only increase in the coming decades. (Source: UN Dept of Economic & Social Affairs, 2015)

The environmental impact of food waste is not insignificant either, including greenhouse gas emissions from food waste at landfills, as well as the water, energy, cropland and fertilizer that is wasted growing food that isn’t eaten.

In light of all this, the benefits of reducing FLW globally are undeniable, but finding targeted solutions for a problem that spans borders, industries and a vast range of socio-economic conditions is a huge challenge.

“With almost a billion chronically hungry in the world, the idea that 30 percent of food produced annually is wasted is morally unacceptable and yet practically addressable,” said Raymond Offenheiser, former President, Oxfam America. “To capture this 30 percent will require both changes in attitudes and behavior as well as investment in technical solutions. Success would contribute meaningfully 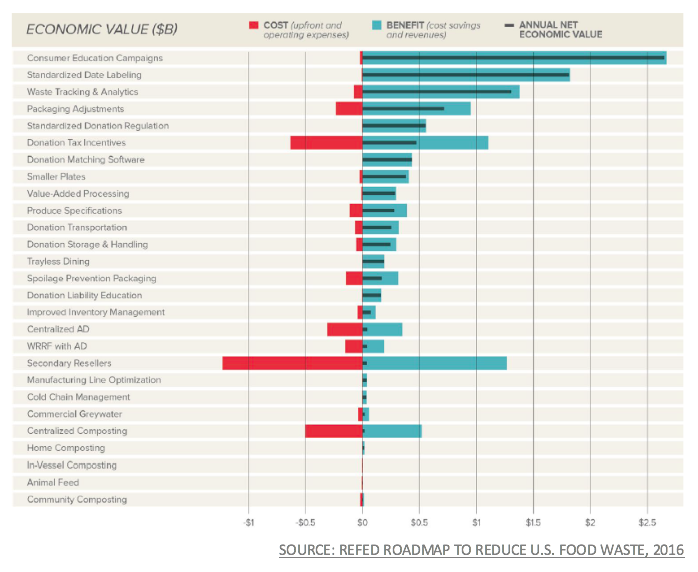 toward not only alleviating global hunger but also in reducing the production of greenhouse gas emissions that drive climate change.”

The sources of FLW vary greatly depending on country, with problems arising more often at the production side of the food chain in developing countries and on the consumer and retail side in more developed regions.

For example, in Sub-Saharan Africa and South & Southeast Asia, the bulk of FLW happens at the production and storage/handling stage (76% and 69%, respectively), while in North America, which is responsible for the largest portion (42%) of the world’s FLW, the majority of waste happens at the consumer level – 61% according to the World Resources Institute. The same holds true for Industrialized Asia (46% at consumer level) and Europe (52% at consumer level)

In fact, data from the food waste-focused non-profit Rethink Food Waste through Economics and Data (ReFED) indicates that consumer education campaigns could be the single most cost-effective tool in decreasing food waste in the U.S.

In September 2015, the UN General Assembly adopted 17 Sustainable Development Goals with the aim of ending poverty and hunger, protecting the planet and ensuring 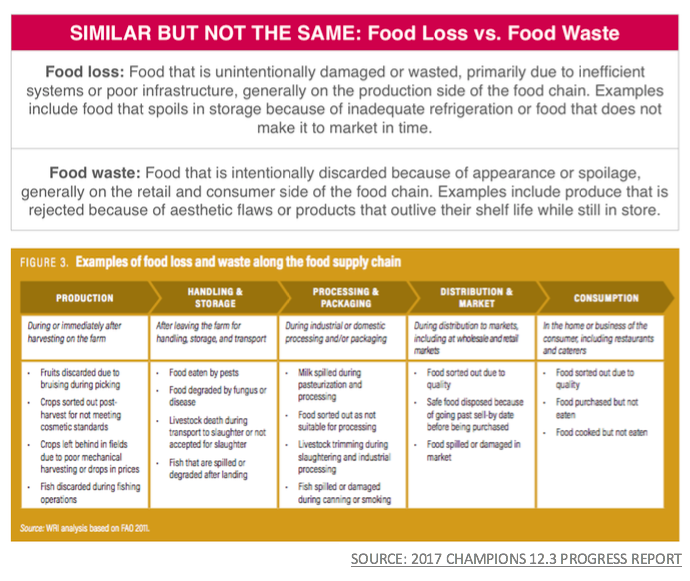 prosperity for the people of the world. One of these SDGs – UN SDG 12.3 as it is formally called – set the goal of halving food waste and reducing food loss worldwide by 2030. (Food waste and food loss, while closely tied, are not the same thing. Check out the sidebar to the right to understand the distinction.)

SDG 12.3 has prompted the creation of a slew of organizations and regulations aimed at motivating and in some cases even requiring companies and consumers to take action. Eighty state-level, food-waste related bills were introduced in the U.S. in 2017, according to Harvard’s Food Law and Policy Clinic, and in July of this year, the EU formalized a series of mandatory recycling targets and measures to reduce waste. Member countries have 24 months to translate these laws into national legislation.

In the less than three years since SDG 12.3 was adopted, 60% of the world’s 50 largest food companies by revenue have set FLW targets, and 10% have active FLW reduction programs in place, according to the 2017 Progress Report from Champions 12.3, a coalition dedicated to achieve the SDG 12.3 targets. These companies span the manufacturing, production, processing, and retail stages of the food value chain.

The potential to save money offers a strong incentive for companies to reduce FLW, and in some countries, regulation is making it a requirement rather than an option, but there’s another reason more and more organizations are focusing on food waste – consumers are beginning to care more.

The National Resource Defense Council’s 2017 “Wasted” report says that “consumer awareness is spreading like wildfire,” with the number of media articles about food waste growing 25 percent from 2011 to 2016, a major names in television including John Oliver and Anthony Bourdain taking on the topic. In a 2016 Ad Council poll, 74 percent of respondents said that the issue of wasted food was important to them.

A new report released earlier this month by the UN’s Intergovernmental Panel on Climate Change presented a grim prognosis for the planet’s future, generating a renewed sense of urgency around the issue. While food waste isn’t the first contributor people tend to think of when considering climate change, the FAO estimates that food waste across the supply chain contributes 8 percent of total global greenhouse gas emissions. And major media organizations are making food waste a part of the climate change 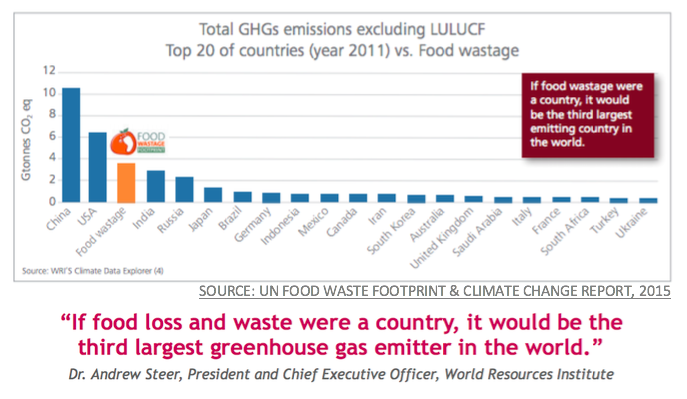 conversation with headlines like “Food waste is a vastly overlooked driver of climate change” (The Washington Post) and “How the food that you throw out is linked to global warming” (NPR).

All that is to say that for a variety of reasons food waste is a growing concern for consumers, giving companies an additional incentive to act.

“Cutting food loss and waste is a no-brainer. Food loss and waste hurts people, costs money and harms the planet. If food loss and waste were a country, it would be the third largest greenhouse gas emitter in the world,” says Dr. Andrew Steer, President and Chief Executive Officer, World Resources Institute. “Thankfully, we are embarking on a journey where business, government and other leaders can use their voices to make a tangible difference to reach Target 12.3. These Champions have the power to convert momentum into a global movement.”

In this ongoing series, Schieber Research will focus in on companies and organizations that are creating impactful change on the issue of food waste – including grocers, food manufacturers, restaurants and consumers – and look at industry innovations that are aiding them in their efforts. Stay tuned soon for the next installment.